Olsen Park church of Christ is a warm congregation of Christians in Southwest Amarillo, Texas. We are simply Christians seeking to follow the Bible as our sole guide. We invite you to browse our site and come and worship with us. Please let us introduce ourselves…

When you worship with us you can expect a simple and friendly service focusing on Scripture and based upon the pattern found in the New Testament. We believe that the New Testament reveals how Christians worshiped in the First Century, and we seek to follow that pattern. In following this we sing songs of praise and devotion to God (Colossians 3:16; Ephesians 5:19). We pray to God, in the name of Jesus (Acts 2:42; John 14:13). We teach and study the Bible (Acts 20:7; Acts 17:11). Each Sunday we partake of the memorial of Jesus' death, known as the "Lord's Supper" (Acts 20:7; Acts 2:42; 1 Corinthians 11:20, 23-26). Finally, each Sunday our members are given the opportunity to give back to the Lord a portion of the material blessings which He has given to us (1 Corinthians 16:1-2; 2 Corinthians 9:7). Visitors are not expected to contribute. This is a responsibility of the members here at Olsen Park.

The Bible tells us that when Jesus came He promised to build His church (Matthew 16:18). The Greek word ekklēsia, which is translated "church" refers to a body of people called out for a given purpose. In His death, Jesus purchased with His blood the "called out" people who look to Him for salvation from sin (Acts 20:28). When this glorious message of salvation was first preached, the Bible tells us that the Lord added to this church those who accepted and obeyed this message of the "gospel" or "good news" (Acts 22:47). The Lord's church, as described in the New Testament was not splintered and divided, but was "one body" following "one faith" (Ephesians 4:4-6). Religious division was condemned (1 Corinthians 1:10). It is our aim to be nothing more and nothing less than simply a congregation of Christians who are members of the Lord's church. We are not a part of any denomination. We are not Protestant, Catholic, nor Jew—we are simply Christians. 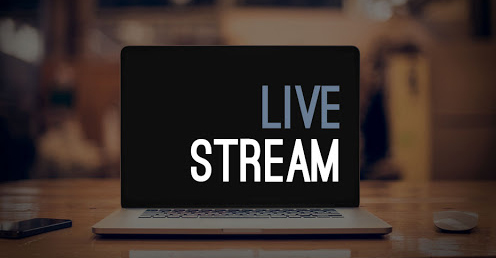 During times of services live streaming is available for those unable to attend.

A four-night debate between Holger Neubauer and Bruce Reeves.

Come Worship With Us

A discussion in Dickson, Tennessee on Institutionalism focusing on expediency.